Our Shake-Down Trip at Basswood Resort

We live in a state with amazing state parks. We are spoiled with large spacious sites in beautiful locations at a very low price. So, for us, spending money for a  private campground is a splurge.

There are a few private campgrounds near us that are worthy of a visit when you want to treat yourself. One of those private campgrounds is Basswood  Resort. Basswood is located off of Highway 92 between Smithville, MO and Platte City, MO, just north of Kansas City. RV sites at Basswood run between $56 and $66 a night, which is significantly more than the $23 a night at the county campground a few miles down the road.

If there is a downsize to Basswood other than the price, it would be the proximity to the Kansas City International Airport. Air planes fly over head all day. They are loud. But they are also fun to watch. 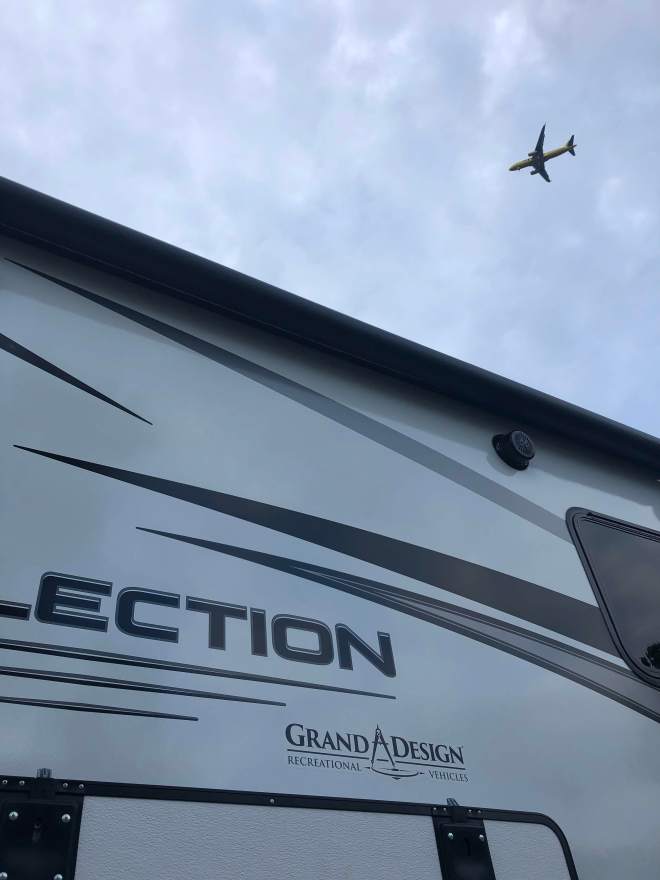 We purchased our new camper, Ruby Lou, in September 2019 so we booked a shake-down weekend at Basswood joining Wayne’s extended family. For our first weekend in Ruby Lou, we wanted to have full hookups, be close to home, and have access lots of resort amenities to keep The Short Chic entertained. Our dates were September 20 and 21, 2019, which was Hero’s Weekend at Bassword Resort. Our site was number 95.

We arrived later on that Friday evening than we would have liked and it was rainy. I had planned for a grilled steak dinner but cooking in the rain did not sound fun. Luckily for us, Basswood has a Snack Bar/Pizza Kitchen. As Wayne checked us in, he ordered pizza that was delivered to our campsite just as we finished setting up. 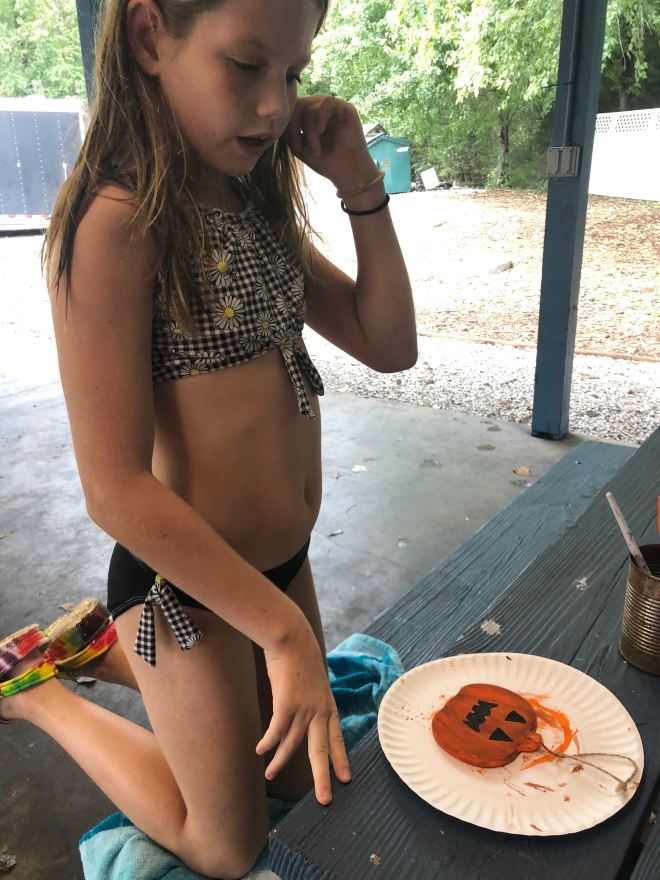 The rain continued into Saturday morning and afternoon. Wayne and I played with every gadget in or on the camper and there were so many new ones to learn! While we played with the camper, The Short Chic and her cousins played with the resort. Basswood printed an entire directory of activities for the day:

In addition to the organized activities, they also have a heated swimming pool (so despite the air temperature the pool is warm and inviting)! Next to the pool is a jungle gym/ropes activity center and not far away the resort has a tomahawk throw. We were able to borrow tomahawks from the registration area.

One of the funnest activities they had was the foam ride of fun. A tractor hauling a large trailer picked up kids of all ages. The trailer was equipped with a foam making machine. The tractor pulled the trailer full of kids producing foam all the way. The trailer paraded the kids through the campground leaving a trail of foam behind! The kids had so much fun playing in the foam. For hours after the foam ride of fun, foam floated through the air bringing a smile to my face.

The rain continued for the entire weekend but  The Short Chic had a great time and we enjoyed shaking down the new camper. Due to the weather, we actually spent a lot of time inside the camper (something we do not normally do). During this weekend, we decided we are no longer campers. With our heated/massaging seats, fireplace, big screen television, convection oven we have become glampers. And glamping at a fancy RV resort is okay with me.

Maybe not all the time but occasionally it does make a very nice treat!