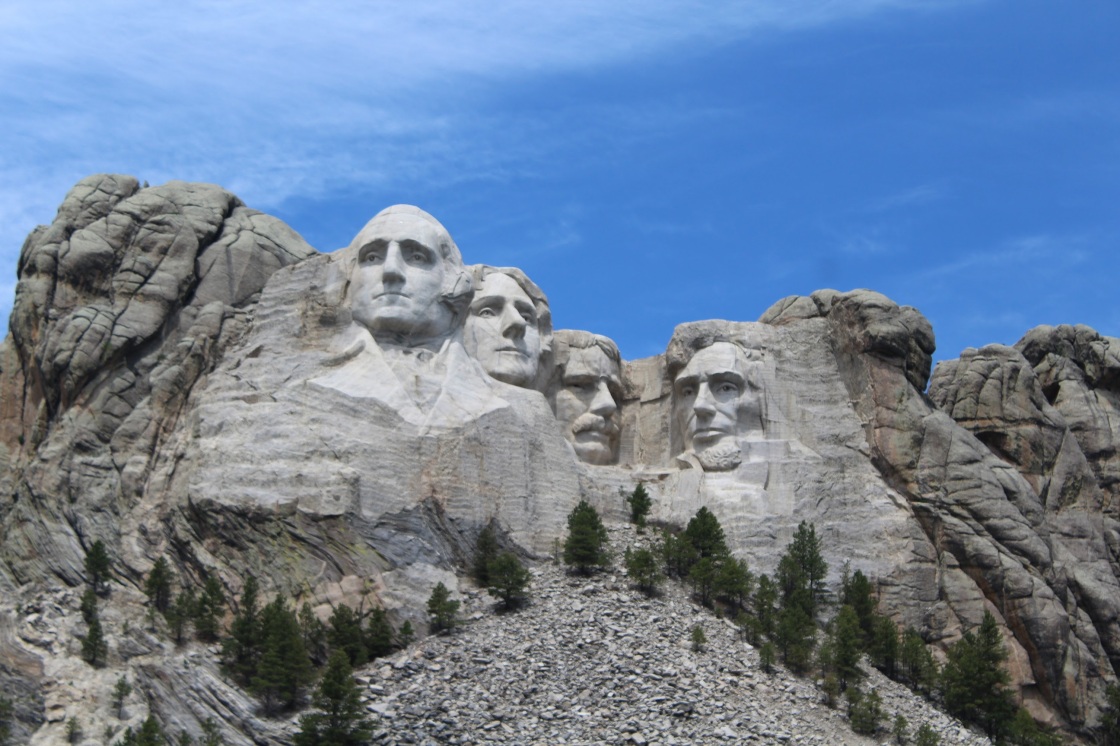 The Adventures of Betty, Roxie, and The Rockwood: Mount Rushmore 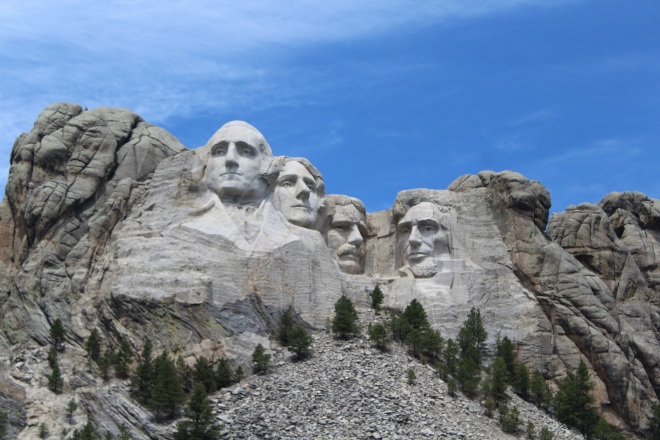 Occasionally I make public confessions when they are relevant. I open myself up to public judgement by sharing a personal thought. I share because maybe some of you can relate. Maybe others of you can’t. 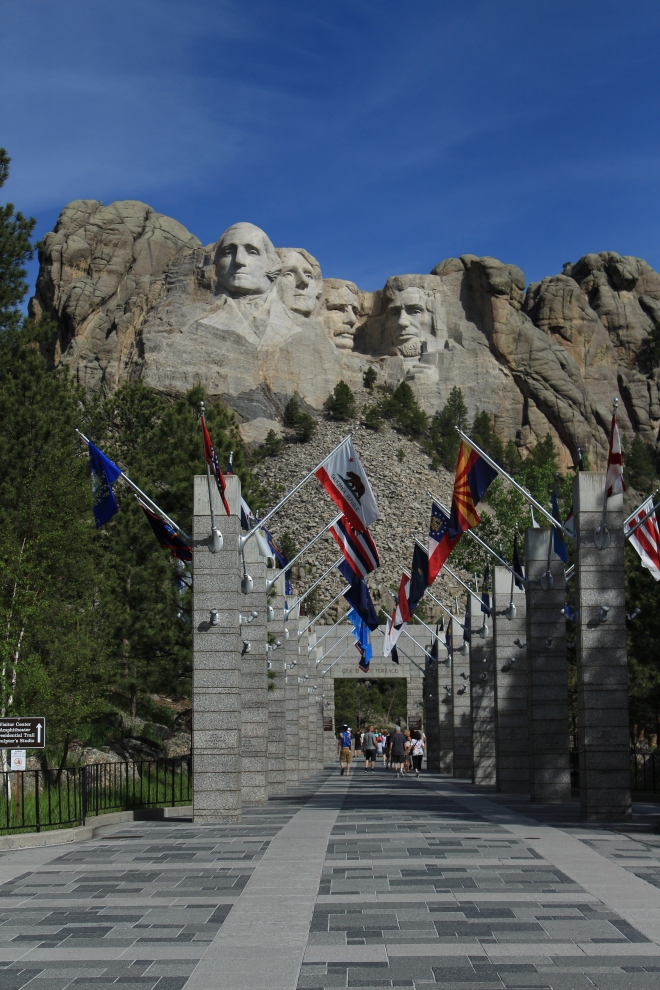 During our time in Yellowstone, we listened to other tourist. They like us where on the same vacation route, although not in the same order. Those who had already been to Mount Rushmore highly recommended it. Raved about it. They recommended visiting it in the daytime and the night time. So, we listened.

Before You Go: What You Want to Know:

Admission to Mount Rushmore National  Memorial is free. However; you do have to pay for parking. The parking fee in June 2017 was $11 for an annual pass. Meaning you can use the pass as many times as you want in a calendar year. 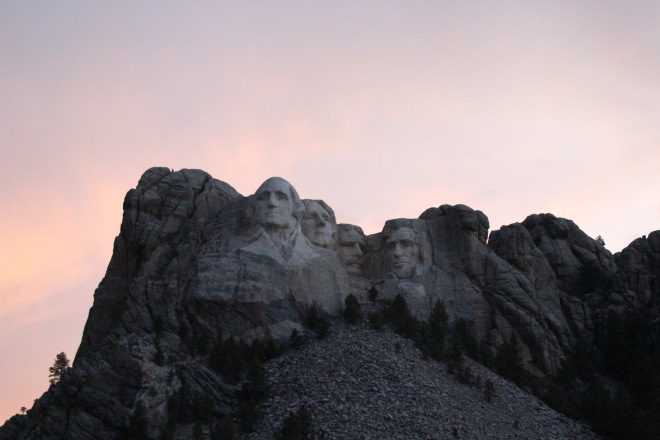 Each night park rangers conduct a closing ceremony. It includes a patriotic video, Freedom: America’s Lasting Legacy. Part of the ceremony is to illuminate the memorial and let it shine in the darkness. The final part of the ceremony sure to pull at your heart strings is when all the Veterans in the audience are invited to the stage to participate in the  f the flag ceremony each night. 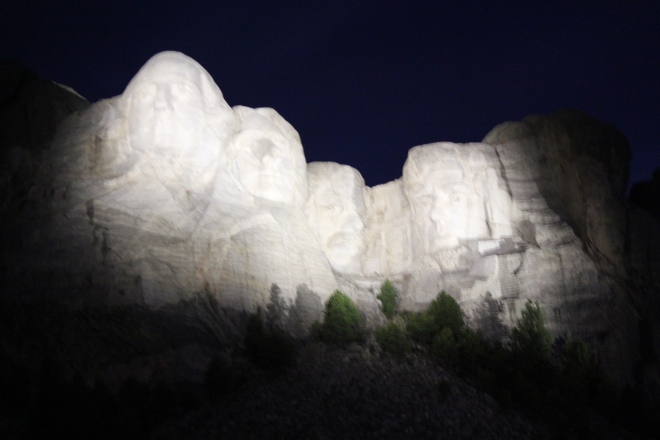 My husband, Wayne, is a Veteran and he participated in the ceremony. Our hearts, and eyes, swelled with pride as we watched him take the stage with so many other Veterans. I don’t know what it is like on other nights but the night we were there, there were at least 50 – 65 Veterans on the stage from every branch of the military. 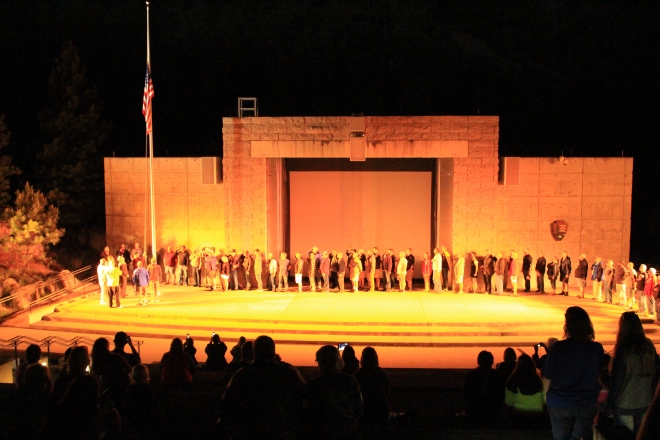 The entire ceremony lasted an hour. The traffic was not heavy. The parking was not a mess. The outdoor amphitheater was full but not packed. It was a nice evening and I would say we all left humbled and glad we experienced Mount Rushmore by night. 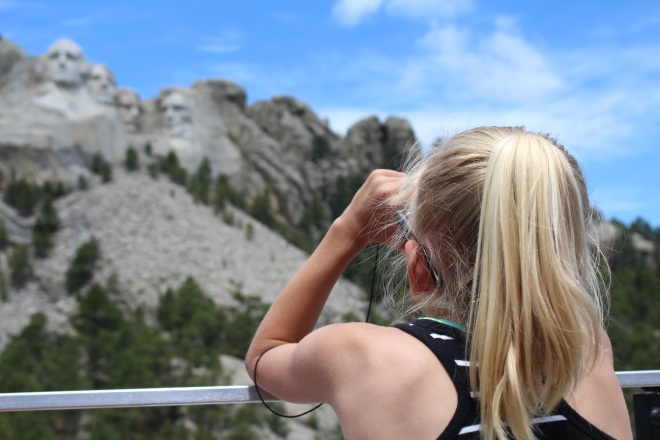 Each of the three families visited Mount Rushmore by day but we were all three there at different times. Outside The Avenue of Flags, The Masters family caught a presentation of Native American dancers. We all enjoyed finding our home state in The Avenue of Flags and then finding all the places we have visited. 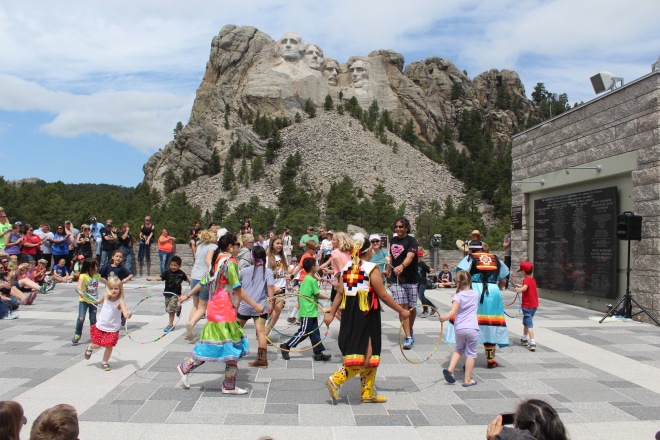 The young members of our group enjoyed the Junior Ranger Program and earning their badges. We all enjoyed the interactive displays in the Visitor Center. 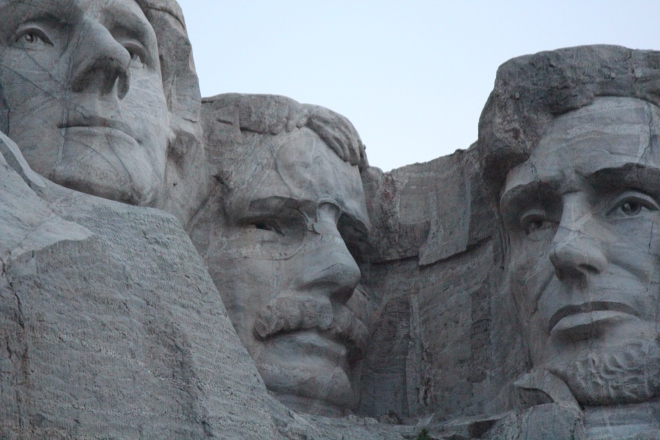 We all walked the Presidential Trail which is a short, less than 1 mile trail around the base of the memorial. I was pretty impressed with the memorial from the view by the Visitor Center but seeing it from the Presidential Trail was pretty amazing. As the trail progresses you get up close and personal with each of the four Presidents. Just when you think there can’t be a better view, you turn a corner, climbs some stairs and find another view that makes you gasp. 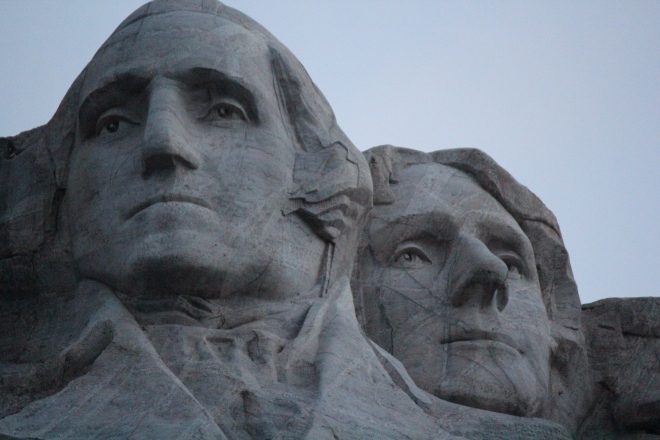 The Presidential Trail leads to the Sculptor’s Studio. Inside the Studio you will find plaster mask of each Presidents. The plaster mask were used during the carving of the mountain as a “map” of sorts. Models and tools used to carve the monument can be found in the Studio. In the Studio we also learned and saw a replica of the Hall of Records. We were fascinated to learn about the hidden room in the mountain. Seeing the replica of it in the Sculptor’s Studio.

I should note that the Sculptor’s Studio closed in September 2017 for rehabilitation. It is expected to be closed until Summer 2019. 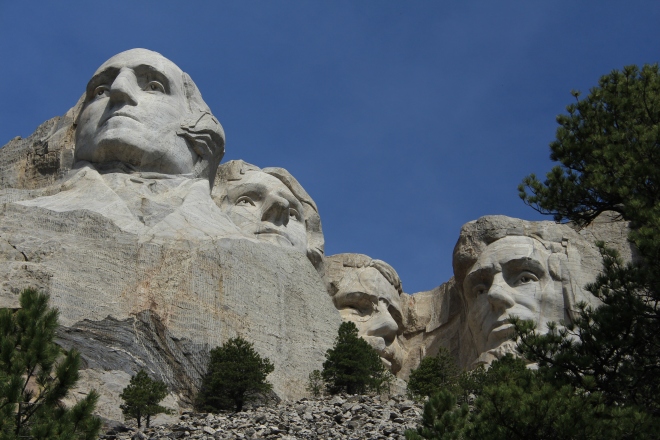 So, I began with a confession. I will own that by the time we left Mount Rushmore, I was beyond happy that we made the stop. It was more than just a rock carving, it was very moving and breathtaking. And a testament to a vision and a lot of hard work and dedication. I am thankful Angie was insistent we stop here because she changed my mind.